Items related to Pel And The Prowler (Inspector Pel)

Pel And The Prowler (Inspector Pel) 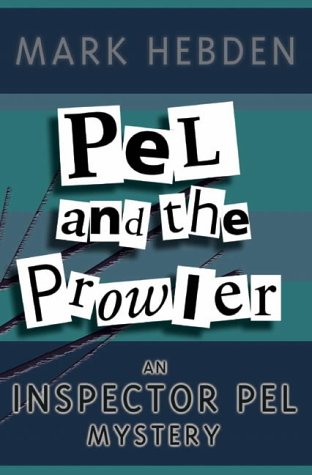 The irascible Chief Inspector Pel basks in the warm glow of his marriage until a series of young women are found strangled, with macabre messages left next to them. Pel breaks his idyllic life in honeymoon heaven and begins an investigation among a student community. What ensues is a deadly game of cat and mouse.

John Harris, who also wrote under the pen names of Mark Hebden and Max Hennessy was born in 1916. He authored the best-selling The Sea Shall Not Have Them. He was a sailor, an airman, a journalist, a travel courier, a cartoonist and a history teacher. During the Second World War he served with two air forces and two navies. After turning to full-time writing, Harris wrote adventure stories and created a sequence of crime novels around the quirky fictional character Chief Inspector Pel. A master of war and crime fiction, his enduring novels are versatile and entertaining.