Items related to A World Restored: Metternich, Castlereagh and The Problems... 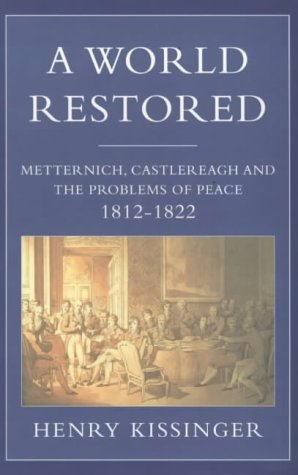 This is a case study of the task of constructing a new international order following Napoleon's defeat in Russia in 1812, which fell particularly on the shoulders of the Austrian foreign minister Prince Metternich and the British foreign secretary Viscount Castlereagh.

1. The World Restored: Metternich, Castlereagh, and the Problems of Peace, 1812-22