Items related to The Horseman's Word 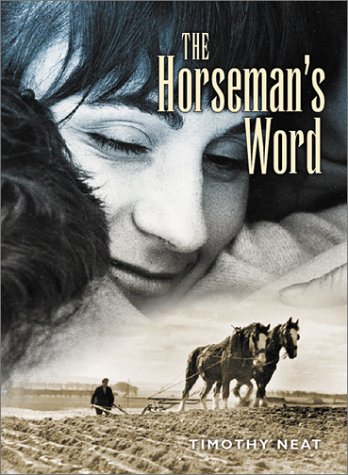 This work is the last volume of Timothy Neat's quintet of books on Highland Life in the 20th century; appropriately it moves beyond the Highlands to embrace the whole of Scotland. It presents, in words and pictures, a group of 12 Scottish horsemen, blacksmiths and rural workers from Ross-shire, Inverness-shire, Argyll, Perthshire, Fife and the Scottish Borders. These are men whose lives have helped shape a nation. Control of fire, metals and horses have been of fundamental importance to the historical development of Western civilization and horsemen, and metalworkers have played a large part in the making of modern Scotland. Their skills have, recurrently, transformed agricultural practices, industrial development and military history: their discipline, hard work, energy and values have had great influence on the character of Scots rural society and culture. It is no accident that in mythological tradition the smith, the medicine man and the artist were, usually, one and the same man.

Timothy Neat is an art historian, film-maker and countryman. His film Hallaig (about the Gaelic poet Sorley Maclean) won the Pascoe Macfarlane Award in 1985 and his feature film, Play Me Something, won the Europa Prize at Barcelona in 1989. The Summer Walkers, the first part of his Highland Quintet, won the Jena Michaelis Ratcliffe Folklore Award in 1996.

1. The Horseman's Word: Blacksmiths and Horsemanship in Twentieth-Century Scotland

2. The Horseman's Word: Blacksmiths and Horsemanship in Twentieth-Century Scotland