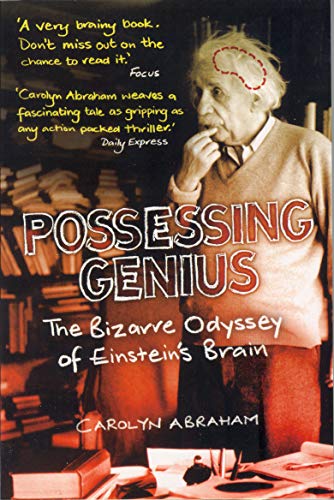 ISBN 1840466251 One of Galileo's fingers is in a museum in Florence, Napoleon's severed penis is in the hands, as it were, of an American urologist. And the brain of the greatest thinker of the 20th century lay until recently in two muday cookie jars under a box behind a beer cooler in Wichita, Kansas. On Einstein's death in 1955 Princeton pathologist Thomas Harvey seized the chance to salvage the great thinker's brain. Possessed by the idea that it might hold the key to the enigma of Einstein's genius, Harvey became the unlikely custodian of the organ responsible for the Theory of Relativity - a theory whose centenary is celebrated in 2005. The author tells the bizarre story of Einstein's brain as it roamed the world in mayonnaise jars and courier packages, taking over one man's life for half a century. Immediate despatch from the UK.

‘A very brainy book. Don’t miss out on the chance to read it.’ -- Focus

‘The story Abraham tells is so engaging that the brain becomes an intriguing character.’ -- Los Angeles Times