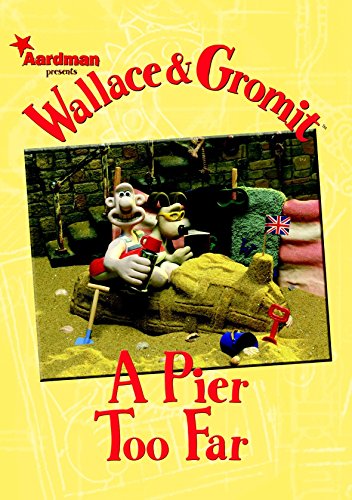 Wallace & Gromit, the Oscar-winning animated mega-stars, return for fun at the fair in their fourth all-new adventure from Titan! On a seaside holiday, Wallace decides to help save an ailing pier by using his technical skills to stage a talent contest. But will he be able to win back the pier's customers from the glitzy new casino owned by the dastardly PG Burpham? And will trusty Gromit be seduced by the bright lights of the stage? Wallace & Gromit have featured in three films which are adored by all ages - A Grand Day Out, The Wrong Trousers and A Close Shave - and are now amongst the UK's best-loved characters, appealing to children and adults alike.

Dan Abnett is one half of the writing team behind such hits as Legion Lost, The Punisher and Jet. Currently writing DC/WildStorm's Majestic, he has also worked for 2000 AD and Games Workshop. Jimmy Hansen has worked on such legendary UK children's comics as Beano, Dandy and Whizzer & Chips, drawing the likes of Dennis the Menace and Desperate Dan. He has also illustrated Superted and junior versions of Batman and Superman.

Book Description Hardback. Condition: Good. The book has been read but remains in clean condition. All pages are intact and the cover is intact. Some minor wear to the spine. Seller Inventory # GOR001426121

Book Description Titan Books Ltd, 2005. Hardcover. Condition: Used; Good. **Simply Brit** Shipped with Premium postal service within 24 hours from the UK with impressive delivery time. We have dispatched from our book depository; items of good condition to over ten million satisfied customers worldwide. We are committed to providing you with reliable and efficient service at all times. Seller Inventory # 1524060

Book Description Paperback. Condition: Very Good. The book has been read, but is in excellent condition. Pages are intact and not marred by notes or highlighting. The spine remains undamaged. Seller Inventory # GOR001417843

4. Wallace & Gromit: A Pier Too Far (Wallace and Gromit)