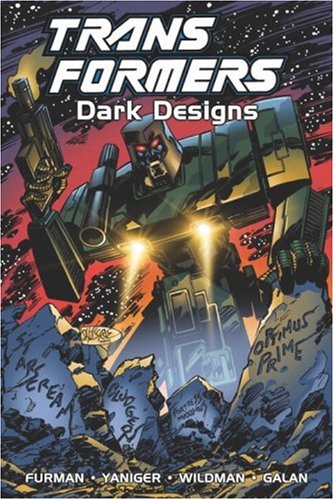 The saga of Transformers enters Generation 2: bigger, badder and more in your face than ever before. The kid gloves are off, and how! With cover art by the legendary John Byrne (X-Men, Fantastic Four, Superman), this collection will blow you away! Up till now, the Autobots thought the scale of their problems amounted to Megatron and his Decepticons...and the odd renegade god. They're about to realise they're playing in a much bigger arena than they ever thought possible, for much, much bigger stakes. Beyond the fringes of known space an ancient power is spreading its malign influence, turning whole worlds, whole galaxies into a dark mosaic of its own design. A design that is unmistakeably Cybertronian in originl Plus, the rise of the Swarm, and the beginning of the end...

Simon Furman has written for both comics and TV animation, including Alpha Flight, Death's Head, Beast Wars, X-Men: Evolution and The Roswell Conspiracies.