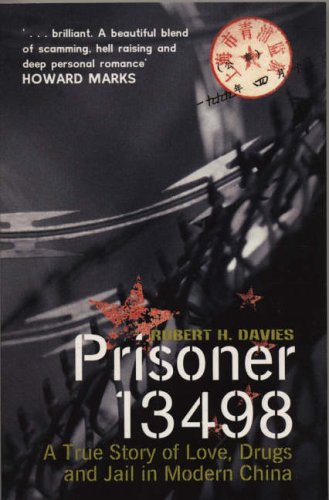 'I thought it was brilliant. I was particularly impressed with the way historical contexts and geographical facts were presented...It's a beautiful blend of scamming, hell raising and deep personal romance.' Howard Marks, author of UK bestseller Mr Nice; '...excellent true fable. 8/10 - Read it in jail.' Loaded; 'If you ever wondered how it is that people take such risks in countries known for Draconian systems of law and order, read this book, Perfection She Dances. Davies' account, told very much in his own words, stiff with expletives, helps to show how you might get caught up in the spurious romance of the black market, influenced by the drifters, dreamers, impecunious students, ageing hippies and perennial delinquents who travel the world, forming loose alliances, dabbling in contraband to make a buck.' The Independent Magazine

Davies went to China in 1988 as a backpacker and after two months touring Pakistan, found himself in Kashgar. He fell in love with Sharpet, an Uighur/Uzbek lady who was already married with a daughter. Blind to bureaucracy they travelled thousands of miles to obtain permission to marry. Sharpet's ex-husband returned from jail and sought revenge, but their love endured and cushioned the fall that came after Robert became involved in trafficking hashish. Arrested and taken 2500 miles across China to Shanghai, he was sentenced to eight and a half years. Fate, however, gave him a unique opportunity to observe a little-known world. He eventually served seven and a half years, and along with other Western prisoners, he fought against a corrupt system of draconian conditions. These memoirs are an indictment against the Chinese legal system, that Davies feels used him and other foreingers as propaganda tools, but he also concedes deference to a prison system that fed him, allowed him the chance to learn three languages and hone his oil painting and guitar playing. This is also about a love that endured years of separation and hardship.