Items related to News From Nowhere 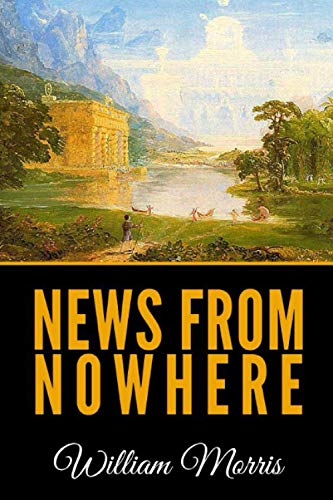 Book Description Paperback. Condition: New. Language: English. Brand new Book. Up at the League, says a friend, there had been one night a brisk conversational discussion, as to what would happen on the Morrow of the Revolution, finally shading off into a vigorous statement by various friends of their views on the future of the fully-developed new society. (.) As he sat in that vapour-bath of hurried and discontented humanity, a carriage of the underground railway, he, like others, stewed discontentedly, while in self-reproachful mood he turned over the many excellent and conclusive arguments which, though they lay at his fingers' ends, he had forgotten in the just past discussion. But this frame of mind he was so used to, that it didn't last him long, and after a brief discomfort, caused by disgust with himself for having lost his temper (which he was also well used to), he found himself musing on the subject-matter of discussion, but still discontentedly and unhappily. "If I could but see a day of it," he said to himself; "if I could but see it!" As he formed the words, the train stopped at his station, five minutes' walk from his own house, which stood on the banks of the Thames, a little way above an ugly suspension bridge. He went out of the station, still discontented and unhappy, muttering "If I could but see it! if I could but see it!" but had not gone many steps towards the river before (says our friend who tells the story) all that discontent and trouble seemed to slip off him. - Taken from "News From Nowhere' written by William Morris. Seller Inventory # APC9781798244760