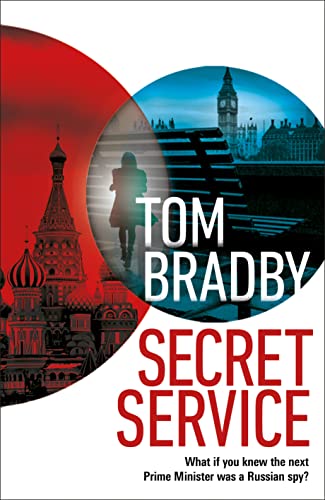 To those who don’t really know her, Kate Henderson’s life must seem exceedingly ordinary. Civil servant, wife, parent of two teenagers, daughter of an Alzheimer’s-stricken mother ... But she’s also a senior MI6 officer, and right now she is nursing the political equivalent of a nuclear bomb.

Kate’s mission to bug an oligarch’s super-yacht in Istanbul has yielded the startling intelligence that the British Prime Minister has prostate cancer – and that one of the leading candidates to replace him may be a Russian agent of influence.

Is this ‘intelligence’ reliable – or is it an attempt to create chaos within the British hierarchy? Kate’s bosses have their doubts. But when the PM suddenly announces his resignation, the hunt for the spy begins in earnest. It's a nightmarish task, made infinitely worse by the revelation that there may be another mole – codename Viper – at the heart of the Establishment.

As the tension mounts, an operation that looked as if it might cost Kate her sanity appears poised to do much, much more than that ...

"A gripping thriller" (The Sunday Times)

"Enthralling and fast-moving . . . packed with details of modern tradecraft in the twilight world of spooks, against a background of politics at its most Machiavellian, it is the stuff headlines are made of" (Daily Mail)

"An excellent thriller straight out of today's headlines ... a fast, riveting yarn" (The Sun)

"A cracking, uber-topical spy thriller ...Bradby deftly works in current fears of Moscow infiltrating our institutions amid a plot full of twists and turns" (Financial Times)

Tom Bradby is a novelist, screenwriter and journalist. As a broadcaster, he is best known as the current Anchor of ITV’s News at Ten, and presenter of all recent overnight election and referendum programmes on ITV. In his first year in the job, he was named Network Presenter of the Year by the Royal Television Society.
He has been with ITN for almost thirty years and was successively Ireland Correspondent, Political Correspondent, Asia Correspondent (during which time he was shot and seriously injured whilst covering a riot in Jakarta), Royal Correspondent, UK Editor and Political Editor – a job he held for a decade – before being made the Anchor of News at Ten in 2015.
He has written six previous novels. The Master of Rain was shortlisted for the Crime Writers Association Steel Dagger for Thriller of the Year, and both The White Russian and The God of Chaos for the CWA Historical Crime Novel of the Year. He adapted his first novel, Shadow Dancer, into a memorable film directed by Oscar winner James Marsh and starring Clive Owen, Gillian Anderson and Andrea Riseborough. His script for the film was nominated for Screenplay of the Year in the Evening Standard Film Awards.