Items related to Franny And Zooey 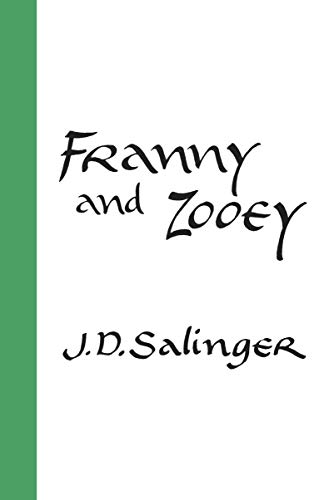 In honour of the centennial of the birth of J. D. Salinger in 1919, Penguin reissues all four of his books in beautiful commemorative hardback editions - with artwork and text based on the very first Salinger editions published in the 1950s and 1960s.

‘Franny came out in the New Yorker in 1955, and was swiftly followed, in 1957, by Zooey. Both stories are early, critical entries in a narrative series I’m doing about a family of settlers in twentieth-century New York, the Glasses. I love working on these Glass stories, I’ve been waiting for them most of my life.’ – J. D. Salinger

A novel in two halves, Franny and Zooey brilliantly captures the emotional strains and traumas of entering adulthood. It is a gleaming example of the wit, precision and poignancy that have made J.D. Salinger one of the most beloved American novelists of the twentieth century.

"His work meant a lot to me when I was a young person and his writing still sings." (Dave Eggers)

"It was a very pure voice he had. There was no one like him" (Martin Amis)

J.D. SALINGER (1919-2010) was born in New York City. His stories appeared in many magazines, most notably the New Yorker. Between 1951 and 1963 he published four book-length works of fiction – The Catcher in the Rye; For Esme with Love and Squalor; Franny and Zooey; and Raise High the Roof Beam, Carpenters and Seymour: An Introduction – that have been embraced and celebrated throughout the world, and have been credited with instilling in many a lifelong love of reading.