Items related to An Englishman in Colombia

David Wood An Englishman in Colombia

An Englishman in Colombia 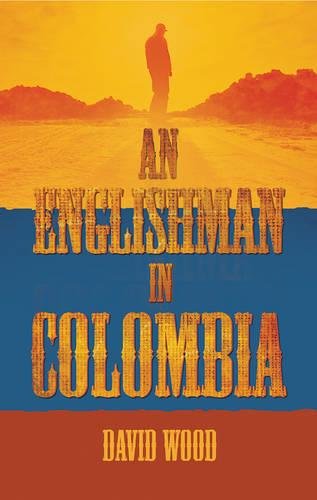 Murder, cocaine, street mugging, bombs and aggressive Amazonian Indians combined with exotic beach resorts and colourful characters make David Wood's book on Colombia an interesting and adventurous look at the most dangerous and alluring country in Latin America. David portrays the capital Bogotá as a mixture of colourful street people merging with a vibrant culture. The author's travels in Colombia bring him into contact with many different characters and he outlines the problems experienced in a city characterized by the great contrast of wealth and poverty and the influence of the cocaine business. From detailed personal accounts of incidents such as street muggings, a bomb explosion in central Bogotá and the blowing up of an aircraft by the drug cartels which results in the death of his business partner, David draws us into the heart of this compelling country. The author gives clear descriptions of life in places like the Sierra Nevada Mountains where he climbs to the lost city of the Tairona Indians and experiences the culture of the Indian tribes. He also considers the history and culture of cities like Cartagena with its colonial heritage. The book portrays Colombia as a land of great contrasts, beauty and vibrancy contrasted with excessive violence, poverty and crime. The result is a shocking and intimate reflection of life in Colombia today.

1. An Englishman in Colombia

Book Description Troubador Publishing Ltd, 2014. Paperback. Condition: Used; Good. **SHIPPED FROM UK** We believe you will be completely satisfied with our quick and reliable service. All orders are dispatched as swiftly as possible! Buy with confidence!. Seller Inventory # 3613580

2. An Englishman in Colombia

Book Description Troubador Publishing Ltd, 2014. Paperback. Condition: Used; Good. **Simply Brit** Shipped with Premium postal service within 24 hours from the UK with impressive delivery time. We have dispatched from our book depository; items of good condition to over ten million satisfied customers worldwide. We are committed to providing you with reliable and efficient service at all times. Seller Inventory # 2680681