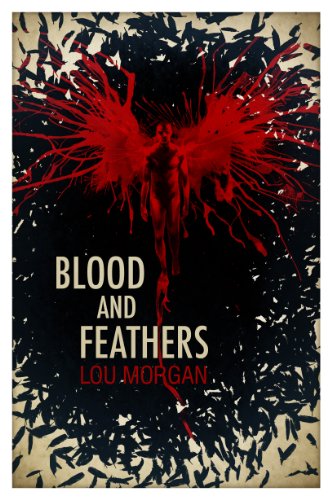 ''What's the first thing you think of when I say 'angel'?'' asked Mallory. Alice shrugged. ''I don t know... guns?'' Alice isn't having the best of days: she got rained on, missed her bus, was late for work. When two angels arrive, claiming her life so far is a lie, it turns epic, grand-scale worse. The war between the angels and the Fallen is escalating; an age-old balance is tipping, and innocent civilians are getting caught in the cross-fire. the angels must act to restore the balance - or risk the Fallen taking control. Forever. Hunted by the Fallen and guided by Mallory - a disgraced angel with a drinking problem - alice will learn the truth about her own history... and why the angels want to send her to hell. What do the Fallen want from her? How does Mallory know so much about her past? What is it the angels are hiding and can she trust either side? Caught between the power plays of the angels and Lucifer himself, it isn t just hell's demons that Alice will have to defeat...

A hell of a ride, but heaven to read: eerie, compelling and very funny. Michael Marshall Smith Dark, surreal and wickedly funny, Lou Morgan's reimagining of the war between Heaven and Hell mixes angels, alcohol and ammunition to serve up a joy of a read. Tom Pollock It's a challenge to take concepts older than the calendar and make them seem new. Louise Morgan has done just that. How to describe this, her debut novel? Bloody Heavenly!" Guy Adams Dark, enticing and so sharp the pages could cut you, Blood and Feathers is a must-read for any fan of the genre. Sarah Pinborough A storming debut! Lou Morgan writes with confidence, style and verve. Who would have thought that going to Hell could be so much fun? A must-read. Mike Shevdon

Born in Wales in the UK, Lou Morgan grew up in a house with an attic full of spiders and now lives on the south coast of England with her husband, son and the obligatory cat. Her short fiction has been published by the British Fantasy Society, Hub Fiction and Morpheus Tales, and most recently her story At the Sign of the Black Dove appeared in the Pandemonium: Stories of the Apocalypse anthology. She drinks a lot of tea, is very mouthy about archery and likes cathedrals, comics and Christopher Nolan movies. And probably things beginning with other letters of the alphabet, too. She can be found online at loumorgan.co.uk, or - far too often - wasting time on Twitter as @LouMorgan. Blood and Feathers is her first novel.

Book Description 2012. Paperback. Condition: New. Paperback. A debut novel which sees its main character, Alice, embroiled in a war between angels and the Fallen. With guns, revenge and plenty of witty humour, it's supernatural, surpri.Shipping may be from our Sydney, NSW warehouse or from our UK or US warehouse, depending on stock availability. 416 pages. 0.269. Seller Inventory # 9781781080184