Items related to Self Mastery Through Conscious Autosuggestion

Self Mastery Through Conscious Autosuggestion 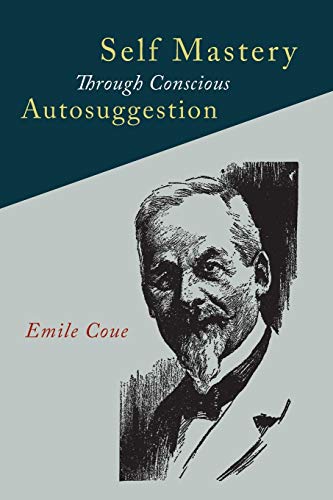 2016 Reprint of 1922 Edition.  Full facsimile of the original edition, not reproduced with Optical Recognition Software.  Coues starts off his work this this the following advice:  “Every morning before getting up and every evening as soon as you are in bed, shut your eyes, and repeat twenty times in succession, moving your lips, and counting mechanically on a long string with twenty knots, the following phrase: ‘Day by day, in every way, I am getting better and better’”.   The Coue method centered on a routine repetition of this particular expression according to a specified ritual—preferably as much as twenty times a day, and especially at the beginning and at the end of each day.  When asked whether or not he thought of himself as a healer, he often stated that "I have never cured anyone in my life. All I do is show people how they can cure themselves."  Against a commonly held belief that a strong conscious will constitutes the best path to success, he maintained that curing some of our troubles requires a change in our unconscious thought, which can be achieved only by using our imagination.  Although stressing that he was not primarily a healer but one who taught others to heal themselves, Coue claimed to have effected organic changes through autosuggestion.  He was very influential in his time and his methods are still practiced to this day.

1. Self Mastery Through Conscious Autosuggestion