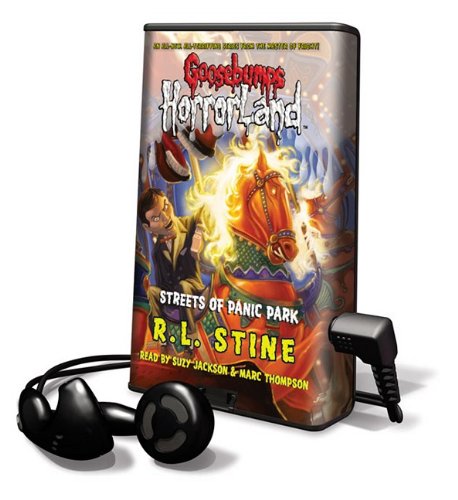 The kids who are trapped in HorrorLand thought they had reason enough to panic, but that was before they reached Panic Park. It had seemed like the only way to escape the mysterious villain who's playing puppet-master with their lives. But Panic Park is a perilous place, and it makes HorrorLand seem like HappyLand.

R.L. Stine's books have sold more than 300 million copies, making him one of the most popular children's authors in history. Besides Goosebumps, R.L. Stine has written series including: Fear Street, Rotten School, Mostly Ghostly, The Nightmare Room, and Dangerous Girls. R.L. Stine lives in New York with his wife, Jane, and his King Charles spaniel, Minnie. www.RLStine.com.