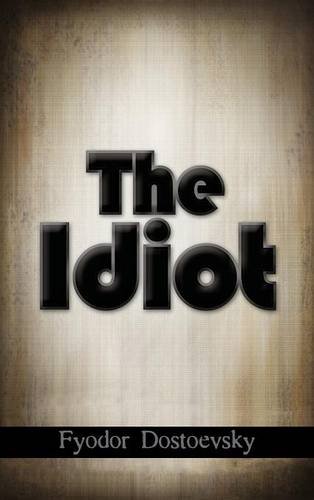 Translated by Constance Garnett, with an Introduction and Notes by Agnes Cardinal, Honorary Senior Lecturer in Comparative Literature at the University of Kent.

Prince Myshkin returns to Russia from an asylum in Switzerland. As he becomes embroiled in the frantic amatory and financial intrigues which centre around a cast of brilliantly realised characters and which ultimately lead to tragedy, he emerges as a unique combination of the Christian ideal of perfection and Dostoevsky's own views, afflictions and manners. His serene selflessness is contrasted with the worldly qualities of every other character in the novel. Dostoevsky supplies a harsh indictment of the Russian ruling class of his day who have created a world which cannot accomodate the goodness of this idiot.

'The chief thing is that they all need him' -thus Dostoyevsky described Prince Myshkin, the hero of perhaps his most remarkable novel. As the still, radiant center of a plot whose turbulent action is extraordinary even for Dostoyevsky, Myshkin succeeds in dominating through sheer force a personality a cast of characters who vividly and violently embody the passions and conflicts of the 19th century Russia.

Fyodor Mikhailovich Dostoevsky (1821-1881) is a Russian novelist. Of his eleven novels, his three most famous were written later in life: Crime and Punishment, The Idiot and The Brothers Karamazov. His books have been translated into over 170 languages, and have sold over 15 million copies.