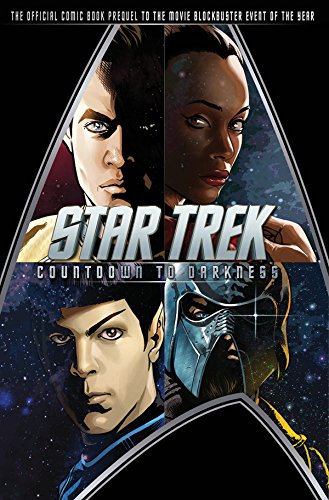 A highly imaginative and engaging writer who's written stories for some of the biggest characters in comic book history, including Batman and Superman, Mike Johnson also has the distinction of having scripted more Star Trek comic book stories than any writer ever. Seriously.
Johnson's first work with IDW was in 2009, when he wrote the miniseries Star Trek: Countdown, a well-received prequel to the 2009 J.J. Abrams film. Following Countdown, Johnson would go on to write many more Star Trek stories, including (but not limited to) Star Trek: Khan, Star Trek: Starfleet Academy, Star Trek: Nero, the crossover Star Trek/Green Lantern, and both of IDW's ongoing Star Trek series, the most recent being Boldly Go with artist Tony Shasteen.
An almost life-long Trek fan who was watching the original series in reruns as a child and Star Trek: The Next Generation from day one, his favorite characters are Data and Spock.