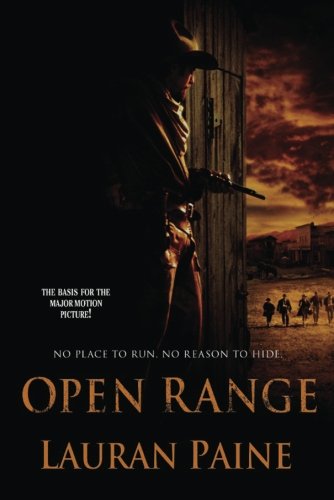 Boss Spearman knew the end was near for open range men like him, cattlemen who drove their herds through the country to graze and then moved on. Local stockmen were staking claims to grazing areas throughout the West. Spearman had no quarrel with that, but he wasn't about to let anyone intimidate him or attack his men without putting up a fight. So when Denton Baxter's threats turned to murder, Spearman knew he had to get justice—any way he could.

Lauran Paine was born in Duluth, Minnesota, a descendant of the Revolutionary War patriot and author, Thomas Paine. His family moved to California where he spent years in the livestock trade and rodeos and where he learned from many old-timers how different the Old West was from the way movies portrayed it. After serving in the Navy in World War II, he began writing for Western pulp magazines. He has written more than nine hundred books under his own name and pseudonyms, many published in Britain.