Items related to The Chimes 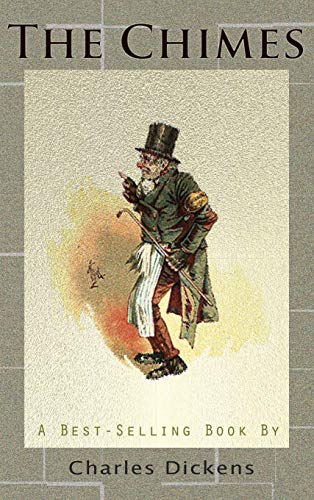 The Chimes: A Goblin Story of Some Bells that Rang an Old Year Out and a New Year In  is a short novel written by Charles Dickens originally published in 1844. It is the second in his series of Christmas books, 5 books which were published in the 1840s, the most known of them was published one year later: A Christmas Carol. The other 3 books were The Cricket on the Hearth, The Battle of Life, and The Haunted Man and the Ghost’s Bargain.

The book was written during Dickens long visit to Italy. According to John Forster, his first biographer, one day Dickens was struck by the clamor of the Genoese bells, which were heard from the villa where he was staying.

As A Christmas Carol had been very well received the year before, The Chimes aroused public interest and anticipation. Nearly 20,000 copies were sold in the first 3 months and it was widely reviewed and discussed. The book remained popular for many years, although in the long term its fame was eclipsed by that of A Christmas Carol.

The book is divided into four parts named "quarters", after the quarter chimes of a striking clock.

1. The Chimes (Hardback or Cased Book)