Items related to The Winter Warrior - A Novel of Medieval England

Wilde, James The Winter Warrior - A Novel of Medieval England

The Winter Warrior - A Novel of Medieval England 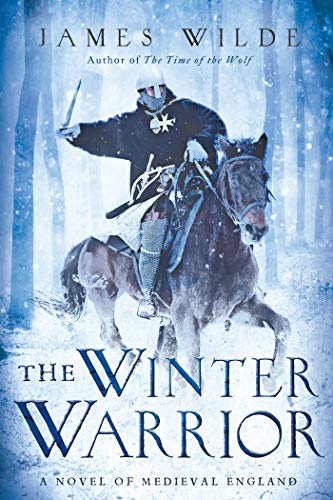 1067: Following the devastating destruction of the Battle of Hastings, William the Bastard and his men have descended on England. But there is one who stands in the way of the invader's savagery. He is called Hereward. He is a warrior and master tactician--and as adept at battle as the imposter who sits upon the throne. And he is England's last hope.

In a Fenlands fortress of water and wild wood, Hereward's resistance is simmering. His army of outcasts grows by the day--a devil's army that emerges out of the mists and the night, leaving death in its wake. But William is not so easily cowed.

Here then is the tale of the bloodiest rebellion England has ever known.

This is a masterful tale, graphic and gory, and loaded with medieval history.

The author realizes his goal of turning an obscure historic character into a warrior legend.

Move over, Robin Hood; there's a new outlaw in town. Whenever Saxons and Normans collide, the blood is certain to flow, and the pages are guaranteed to turn.

Wilde creates a world of violence, intrigue, betrayal, and superstition. Just the stuff fans of medieval fiction long for and expect.

James Wilde, the pseudonym of Mark Chadbourn, a two-time winner of the prestigious British Fantasy Award, has written a number of widely praised modern fantasy novels. He is also the author of The Time of the Wolf and The Winter Warrior, both available from Pegasus Books. Wilde lives in the heart of a Mercian forest in England.

3. The Winter Warrior A Novel of Medieval England