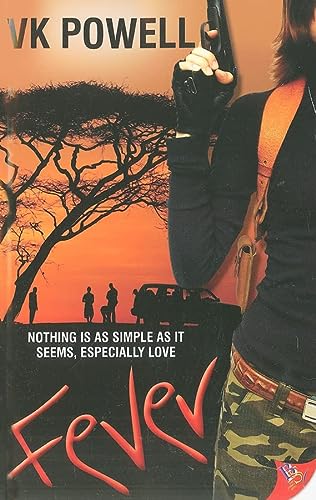 Lennex Chambers is a disillusioned hired gun who longs for a connection with life beyond her assignments. Lining up a cushy escort job in Africa, Lennex hopes to find the chance to relax and re-focus. But providing security to the immensely attractive philanthropist Sara Ambrosini isn't as simple as it seems.

A thirty-year veteran of a midsized police department, VK was a police officer by necessity (it paid the bills) and a writer by desire (it didn't). Her career spanned numerous positions including beat officer, homicide detective, vice/narcotics lieutenant and assistant chief of police. Now retired, she devotes her time to writing, traveling, home decorating, and volunteer work.
VK is a member of the Golden Crown Literary Society and Romance Writers of America. She is the author of three erotic short stories and one romantic story published by Bold Strokes Books. Her first novel To Protect and Serve was released in 2008, her second, Suspect Passions, in 2009.

Book Description BELLA BOOKS, United States, 2010. Paperback. Condition: New. Language: English. Brand new Book. Hired gun Zak Chambers expects to provide a simple escort service to philanthropist Sara Ambrosini, but nothing is as simple as it seems, especially love. Zak Chambers is a disillusioned hired gun who longs for a connection with life beyond her sat-phone and assignments she can't share with anyone. Her boss lines up a cushy escort job to Africa to give her time to refocus. But the country she loved as a child holds memories she isn't ready to face. Adding to her ambivalence about returning is the immensely attractive Sara Ambrosini, head of Ambrosini Philanthropic, who sees everything through the rose-colored glasses of wealth and privilege. Zak's task is to provide security for Sara until they reach the future site of her primary school for tribal children in the bush country. But Zak soon discovers that Sara's stubbornness and independence aren't the only obstacles to the success of her assignment. Seller Inventory # BZE9781602821354