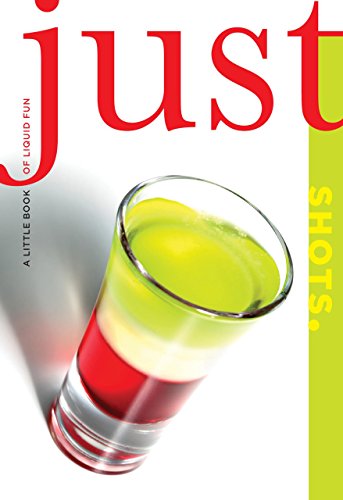 Hit-the-spot shots for your next party- Before cocktails, there were shots. It was simple: a shot of hard liquor alongside a beer. Today there are layered shots and flaming shots, world flag shots and fruit-based shots. They're yours for the making with Just Shots. You'll learn all the basics, including the essentials on glassware, pourers, and ingredients. Presenting mouthwatering, hard-hitting recipes for kamikazes, boilermakers, shooters, and classic shots, this handy little guide will get your party started in no time at all. Shots included: Flat TireLemon Drop ShooterChocolate CakeArizona Anti-FreezeB-52Mind EraserSurfer on AcidFlu ShotVampireButtery IrishmanSoCo LimeWhipped Cream ShotWoo WooJäger Bomb

Cheryl Charming is known as the "Martha Stewart" of modern cocktail culture. She is the author of nine books on the subject. She tended bar in the United States and beyond for more than three decades. Susan Bourgoin is a photographer whose work has appeared in culinary magazines such as Wine News and Bon Appetit, she is a graduate of the Culinary Institute of America.