Items related to Guernica: A Novel 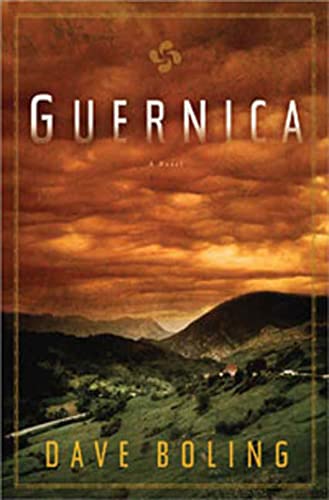 "Guernica" is a wonderful debut telling the story of two families - focusing on two branches of one family - set before and during the Spanish Civil War, revolving around the bombing of Guernica.In 1935, Miguel Navarro inadvertently finds himself an enemy of the Spanish Nationalists. He flees the Basque fishing village of Lekeitio and makes his way to Guernica, the most ancient town of the Basques and the centre of their cultural tradition. In the midst of this idyllic, isolated bastion of democratic values, Miguel finds more than a new life - he finds someone to live for. Miren Ansotegui is a charismatic and graceful dancer, who has her pick of all the bachelors in Guernica, but focuses only on the charming, genuine Miguel. The two discover a love that not even war, tragedy or death can destroy.History and fiction merge seamlessly in this beautiful novel about the resilience of family, love, and tradition in the face of hardship. The pre-WWII bombing of Guernica was a devastating experiment in total warfare by the German army. For the Basques, it was an attack on the soul of their ancient nation; for the world, it was an unprecedented crime against humanity. Today, Guernica is associated more with a painting by Pablo Picasso than the Basque capital. Picasso was so horrified by the bombing, he vowed to spread his vision of it to the rest of the world. In his first novel, Boling reintroduces the event and paints his own picture of a people so strong, vibrant, and proud that they are willing to do whatever it takes to protect their values, their country, and their loved ones.

'A heart-rending yet life-affirming story... not dissimilar to Louis de Bernières'

Guernica is a wonderful debut telling the story of two families set before and during the Spanish Civil War, revolving around the bombing of Guernica.