Items related to Eden: It's an Endless World! Volume 13

Eden: It's an Endless World! Volume 13 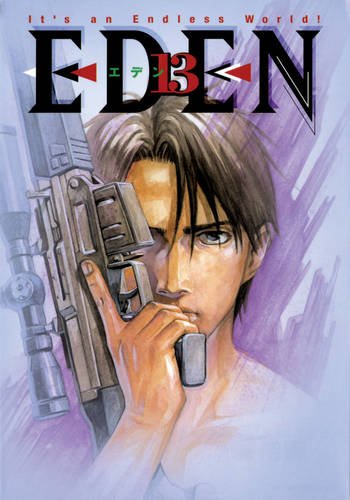 As Elijah searches Australia for his missing sister, the Propater organization sends several rounds of cyborg assassins after him. The "Maya" virus grows and threatens to absorb all human life into it, Elijah is reunited with a few talented friends, and a budding romance restores a bit of hope to this violent, postapocalyptic near-future.

Hiroki Endo is a manga artist best known for the science fiction series Eden: It's an Endless World, which was named best manga by Wizard magazine in 2007. He is also the author of Meltdown and All Rounder Meguru series and a short-story manga collection titled Hiroki Endo's Tanpenshu.