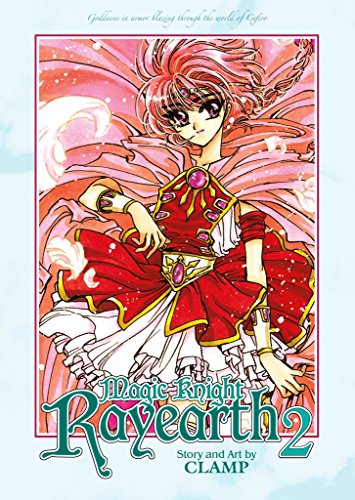 Magic Knight Rayearth 2 Omnibus Edition: Volume 2 Umi, Hikaru, and Fuu have returned to Earth from Cephiro, but all three know they have been forever changed by their adventures there. Haunted by the decisions they made and the unresolved war between Zagato and Emeraude, the Magic Knights journey to Cephiro once more, this time with a sense of duty.

Clamp is an all-female Japanese manga artist group that formed in the mid-1980s. It consists of leader Nanase Ohkawa, who provides much of the storyline and screenplay for the group's works and adaptations. Clamp also includes three artists whose roles shift for each series: Mokona, Tsubaki Nekoi, and Satsuki Igarashi. Almost 100 million volumes of Clamp manga have been sold worldwide.