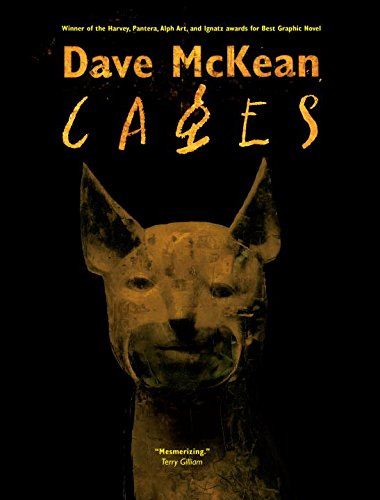 Dave McKean's Cages returns in a beautiful remastered edition! Best known for his collaborations with Neil Gaiman, McKean defied expectations with his stunning debut as writer and artist in Cages, winner of the Harvey Award for Best Graphic Album. Filled with complex characters, intriguing flights of fancy, and all the beautiful visuals you'd expect from the director of MirrorMask, Cages is McKean's magnum opus.

This is his magnum opus to date: an immense, pulsing graphic novel... -- Publisher's Weekly July 22 2002

Dave McKean is best known for his regular collaboration with Neil Gaiman, during which he has created covers for every single issue and one-shot of Sandman, (now collected as Titan's The Sandman: Dustcovers), Violent Cases, Signal to Noise, Black Orchid and Mr. Punch. Also celebrated for his work with Grant Morrison on the classic Batman: Arkham Asylum, Cages represents McKean's first major solo work.