Items related to K2: The Price of Conquest

K2: The Price of Conquest 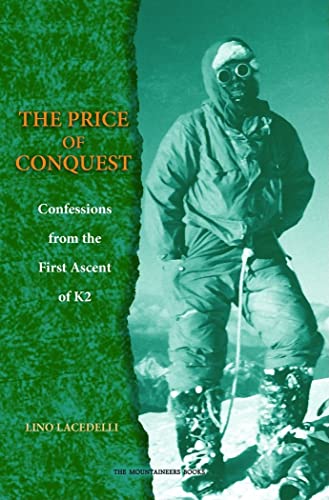 * The truth regarding one of mountaineering's great controversies is revealed after more than 50 years
* Photos from the historical first ascent of K2
* Uncovers personalities previously confined to the shadows, forgotten and erased incidents, and the intense emotions surrounding this event

On July 31, 1954, two Italians, Achille Compagnoni and Lino Lacedelli, became the first humans to stand atop K2, the world's second highest mountain. The event was celebrated all over Italy with great pride, but when the team led by Ardito Desio returned home a terrible accusation was leveled at them. One of the members of the expedition, 20-year-old Walter Bonatti, insisted that the two climbers who reached the summit had put his life in danger by abandoning him before the final stretch so that they could reach the top without him. According to the official version of the facts, written by Desio and confirmed by all the other members of the expedition, nothing untoward had happened during the climb; Bonatti's accusations were unfounded and the result of a misunderstanding. Today, more than fifty years after the event, Lino Lacedelli tells his own terrible version of the truth: in the night between July 30 and 31, he and Compagnoni deliberately failed to make their rendezvous with Bonatti, forcing him to abandon the final ascent so that they could use the two oxygen tanks that he carried with him. This is a story of courage and ambition, of glory and guilt, of more than 50 years of hiding the truth that became Lino Lacedelli's Price of Conquest. Lino Lacedelli, born in 1925, is one of Italy's most famous climbers, in large part because of his participation in the first ascent of K2 in 1954.

A worthwhile and gratifying read...In an age when climbing histories and whole periodicals are devoted to the lionization of top alpinists, Cenacchi's point that most climbing histories are mere chronologies illustrated with a few personal reflections thrown in is a good one.--Gripped

In 1954, an Italian expedition climbed K2, the world's second highest mountain and arguably the most difficult of all the 8000m peaks. It was a cause for celebration in a war-torn country still trying to establish itself in the post-war world. But it was an ascent which was also to lead to recriminations, accusations of deceit, slanders, libels and court cases. The bitter aftermath contributed to the ending of the career of Walter Bonatti, the pre-eminent climber of the era, a man whose climb on K2, and subsequent night-out at 8000m had ensured victory. Now, after maintaining his silence for 50 years, Lino Lacedelli, one of the two-man summit team, finally tells his story of what happened on the summit climb. His account vindicates much, though not all, of what Bonatti has claimed about the positioning of Camp IX and that final climb. The book refutes much of what was written in the official account of both the expedition and the historic summit climb, adding fascinating detail to both the expedition and the Italy of the 1950s. It is one of the most important books on the history of climbing on the world's highest peaks to have been published in recent times.

Lacedelli's account is illustrated with photographs from his personal archive, some of which have never before been published.

5. K2 The Price Of Conquest

7. K2 The Price Of Conquest