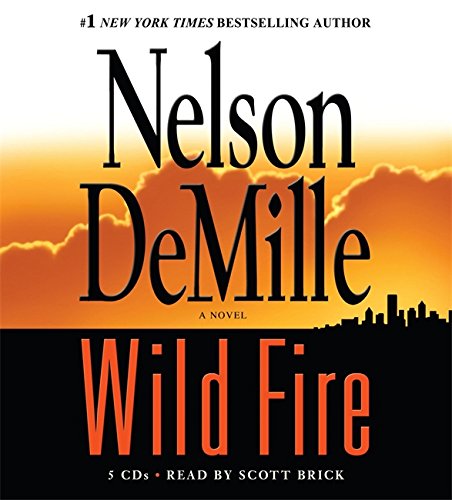 A group of Vietnam Vets who still keep in touch: the Custer Hill Club. They are prepared to attack foreign countries if America is attacked and their current rule is that if an Islamic country attacks America, then all Islamic countries will be nuked - thus deterring Korea, China or other countries having similar ideas against the US.
The Custer Hill Club gets more ambitious and aggressive. The men decide to choose an American city to attack themselves, pretending it is an Islamic terrorist attack (either San Francisco or LA, the reader won't know) in order for them to be able to nuke Mecca, the Aswan Dam and many other places.
America will rule the world!

Nelson DeMille writes big, fat thrillers that actually do thrill . . . Wild Fire is yet another . . . A book you can't put down until the sheer weight of the thing forces a rest. But don't worry, the pace of the story will soon have you speeding through it again (INDEPENDENT on Sunday)

* A John Corey adventure, which many are saying is his best yet.
* Fast-paced and gripping, it is alsoan extremely witty thriller - Corey's deadplan humour marks him out as a true original.