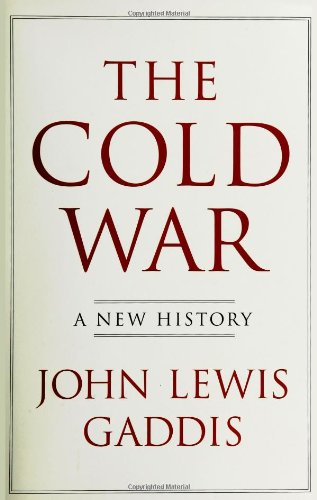 Evaluates the second half of the twentieth century in light of its first fifty years, chronicling how the world transformed from a dark era of international communism and nuclear weapons to a time of political and economic freedom. 40,000 first printing.

'Compelling ... Gaddis has deliberately written the Cold War for
this generation'
-- Observer

'Force 9 on the Richter Scale' -- Spectator

John Lewis Gaddis is the Robert A. Lovett Professor of History of Yale University. He is the author of numerous books, including The United States and the Origins of the Cold War, 1941-1947 (1972); Strategies of Containment: A Critical Appraisal of Postwar American National Security (1982); The Long Peace: Inquiries into the History of the Cold War (1987); We Now Know: Rethinking Cold War History (1997); The Landscape of History: How Historians Map the Past (2002); and Surprise, Security, and the American Experience (2004).

2. The Cold War: A New History

3. The Cold War: A New History

4. The Cold War: A New History