Items related to The Sound of One Hand: Paintings and Calligraphy by...

The Sound of One Hand: Paintings and Calligraphy by ZEN Master Hakuin 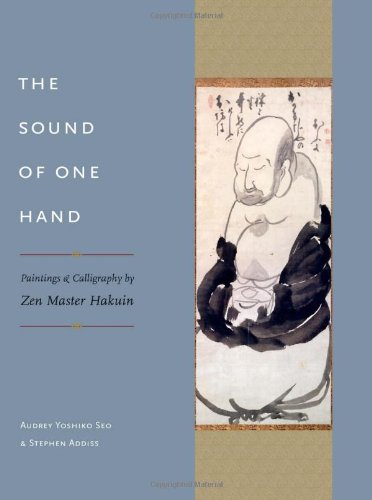 Hakuin Ekaku (1685–1768) is one of the most influential figures in the history of Zen. He can be considered the founder of the modern Japanese Rinzai tradition, for which he famously emphasized the importance of koan practice in awakening, and he revitalized the monastic life of his day. But his teaching was by no means limited to monastery or temple. Hakuin was the quintessential Zen master of the people, renowned for taking his teaching to all parts of society, to people in every walk of life, and his painting and calligraphy were particularly powerful vehicles for that teaching. Using traditional Buddhist images and sayings—but also themes from folklore and daily life—Hakuin created a new visual language for Zen: profound, whimsical, and unlike anything that came before.

In his long life, Hakuin created many thousands of paintings and calligraphies. This art, combined with his voluminous writings, stands as a monument to his teaching, revealing why he is the most important Zen master of the past five hundred years.
The Sound of One Hand is a study of Hakuin and his enduringly appealing art, illustrated with a wealth of examples of his work, both familiar pieces like “Three Blind Men on a Bridge” as well as lesser known masterworks.

Stephen Addiss, PhD, is Professor of Art at the University of Richmond in Virginia. A scholar-artist, he has exhibited his ink paintings and calligraphy in Asia, Europe, and the United States. He is also the author or coauthor of more than thirty books and catalogues about East Asian arts, including The Sound of One Hand: The Paintings and Calligraphy of Zen Master Hakuin.

1. Sound of One Hand Paintings & Calligraphy by Zen Master Hakuin

2. The Sound of One Hand: Paintings and Calligraphy by Zen Master Hakuin