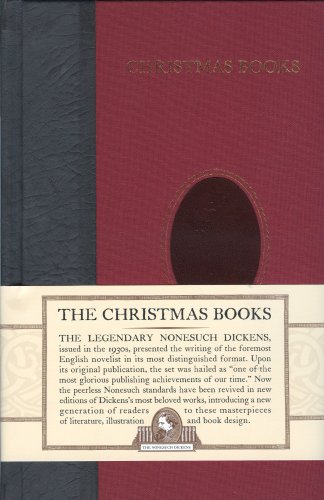 Many of the earliest books, particularly those dating back to the 1900s and before, are now extremely scarce and increasingly expensive. Hesperides Press are republishing these classic works in affordable, high quality, modern editions, using the original text and artwork.

Charles Dickens was born on February 7, 1812, in Landport, Portsea, England. He died in Kent on June 9, 1870. The second of eight children of a family continually plagued by debt, the young Dickens came to know not only hunger and privation, but also the horror of the infamous debtors prison and the evils of child labor. A turn of fortune in the shape of a legacy brought release from the nightmare of prison and slave factories and afforded Dickens the opportunity of two years formal schooling at Wellington House Academy. He worked as an attorney s clerk and newspaper reporter until his Sketches by Boz (1836) and The Pickwick Papers (1837) brought him the amazing and instant success that was to be his for the remainder of his life. In later years, the pressure of serial writing, editorial duties, lectures, and social commitments led to his separation from Catherine Hogarth after twenty-three years of marriage. It also hastened his death at the age of fifty-eight, when he was characteristically engaged in a multitude of work."