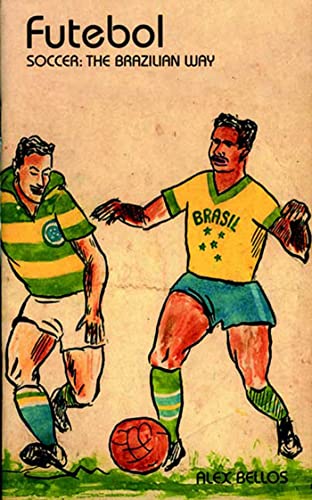 Through the lens of Brazil's trademark sport, Alex Bellos brings us a fascinating portrait of Brazilian identity.

The Brazilian soccer team is one of the modern wonders of the world. Its essence is a game in which prodigious individual skills outshine team tactics, where dribbles and flicks are preferred over physical challenges or long-distance passes, where technique has all the elements of dance and, indeed, is often described as such. At their best Brazilians are, we like to think, both athletes and artists. Soccer is how the world sees Brazil, but it is also how Brazilians see themselves. The game symbolizes racial harmony, flamboyance, youth, innovation, and skill, and yet it is also a microcosm of the country itself, containing all of its contradictions.

Travelling extensively from Uruguay to the northeastern backlands, and from the coastal cities of Rio de Janeiro and São Paulo to the Amazon jungle, Alex Bellos shows how Brazil changed soccer and how soccer shaped Brazil. He tells the stories behind the great players, like Pele and Garrincha, the great teams, and the great matches, as well as extraordinary stories from people and pitches all over this vast country. With an unerring eye for a good story and a marvelous ear for the voices of the people he meets, Alex Bellos uncovers what Ronaldo called the 'true truth' about Brazilian soccer.

Magnificent ... Bellos has managed to perfectly capture the chaos and corruption and the romance and obsession and the feeling of what it's like to live in a genuinely football-obsessed nation (FourFourTwo)

Hugely entertaining ... Required reading for anyone who intends to visit Brazil (New Statesman)

An affectionate and shrewd account of the game ... Full of intriguing sidelights on Brazilian popular culture; its hedonism, piety and wondrous absurdity (Guardian)

Bellos unearths some wonderful stories and tells them with humour, warmth and humanity. (Jon Culley, The Sports Bookshelf)

1. Futebol: The Brazilian Way of Life

2. Futebol: The Brazilian Way of Life