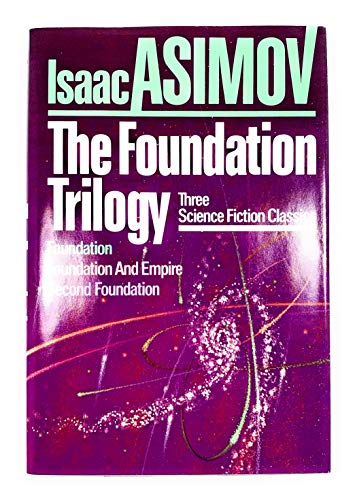 A transcript of the BBC's radio adaptation of The foundation trilogy.

Isaac Asimov's Foundation trilogy - a riveting saga of humanity's struggle against darkness played out on the grandest possible scale - is one of the cornerstones of modern science fiction.

Asimov was born in Russia in 1919, his family moved to the USA where his father owned a succession of sweet shops.
Asimov graduated from Columbia University and, after a brief period in the army, he joined the Boston University school of medicine and thereafter took to full time writing, until his death in 1992

Introducer biography: Michael Dirda is a book critic on the Washington Post.