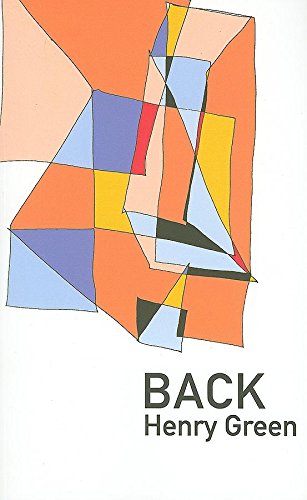 Nobody writes novels quite like Henry Green . . . His characters . . . dance to a tune of his own as precise and stylized as a sonata.

"The best writer of his time."--Rebecca West

"The best writer of his time."-Rebecca West

"Among the finest English novels about the impact of the Second World War" Michael Dirda, Washington Post

it is 1945. Charley Summers, back from the war in Europe, is home to mourn the death of his lover Rose who lies buried in the village churchyard. Charley is a twentieth-century equivalent to the questing knight of medieval romance: a man injured in combat, searching for a rose that is both a specific young woman and a symbol of lost peace. But Charley is so haunted by the death of Rose, whose image was his guiding light as he lay wounded in a prison camp, that he begins to imagine that her half-sister Nancy is not just like Rose, but is Rose herself.

Moving, disturbing and brilliantly written, the narrative advances almost entirely through dialogue. Back is, according to Jeremy Treglown in his introduction, "Henry Green's most extended attempt to plumb the world of the hunted - and haunted". First published in 1946, it has indeed remained one of Green's most haunting, elegiac novels and one of the most enduring to have focused on the individual human tragedy of the war.

"One of the two great creative novelists of this generation...By 'creative' I mean that the development of his talent brought something completely new into the English novel and each new work of his is a creation of his peculiar art" Olivia Manning