Items related to The Tunnel (Pilgrimage) 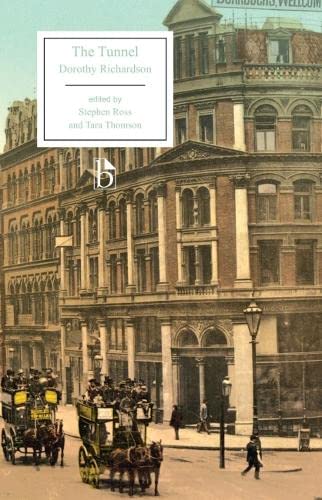 The Tunnel is a poetic, yet vividly realistic, account of a young woman's life at the turn of the twentieth century.

"Published in 1919, in the wake of the Great War, The Tunnel explores the mental world of words. This edition gives Richardson's spatial understanding of consciousness the capacious intellectual framework to match. Editors Stephen Ross and Tara Thomson have brilliantly contextualized this novel with notes, introduction and supplementary texts that exhibit a deep knowledge of, and passion for, modernism in all its facets. The Broadview Edition of The Tunnel bristles with intelligence." -- Irene Gammel, Ryerson University

"This new edition of The Tunnel marks an important moment in the history of modernist studies. Dorothy Richardson has long been credited as one of the pioneers of modernist prose. Her thirteen-volume work, Pilgrimage, was as important as James Joyce's Ulysses or Marcel Proust's A la recherche du temps perdu in setting the agenda for twentieth-century fiction. Yet the lack of a good critical edition has made her almost impossible to teach. At one stroke, Stephen Ross and Tara Thomson have changed all that. This edition comes with a clear, informative, critical introduction, excellent explanatory notes, and invaluable appendices. At last, Richardson can reach the audience she deserves." -- Scott McCracken, Keele University

The Tunnel is the fourth volume in Dorothy Richardson's novel series Pilgrimage. The series, set in the years 1893-1912, chronicles the life of Miriam Henderson, a "New Woman" rejecting the Victorian ideals of femininity and domesticity in favour of a modern life of independence. In addition to the formal and stylistic innovations in The Tunnel, its attention to women's experience of modernity is groundbreaking. It chronicles Miriam's working day as a dental receptionist and her forays into the public space of cafés, city streets, and political and intellectual talks. Richardson matches her focus on Miriam's consciousness with remarkable detail, giving the narrative a powerful realism.

Contemporary reviews (including those by Virginia Woolf and Katherine Mansfield), personal letters, and Richardson's essays on modernism, feminism, and aesthetics place this important novel in context.