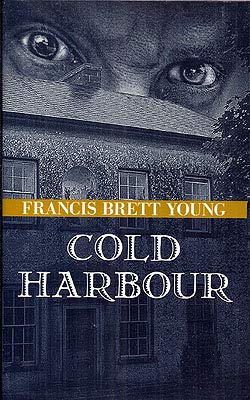 A balmy Meditteranean evening is not the time when conversation may be expected to turn to the grim landscape of the Black Country of the Midlands of England. But the arrival of Ronald and Evelyn Wake brings with it a chilling story set in that unlikely location. The Wakes had been returning from a holiday in Wales, when a puncture forced them to seek accommodation for the night. They found it at the remote Fox Inn, a near neighbour to the house of Cold Harbour and the estate of Mr Humphrey Furnival, a man whose mocking laugh belies his guile and cleverness. Using paranormal powers, Furnival attracts Evelyn Wake's interest, and the couple are invited to visit Cold Harbour, to view the manuscripts of a minor poet in whom Evelyn is interested. Furnival engages Ronald Wake in lengthy conversation and argument, while Evelyn has to suffer the fate of being cornered by Mrs Furnival, the downtrodden, seemingly dominated wife, who has sought refuge in her religion to help her cope with the hauntings at Cold Harbour. Furnival refuses to acknowledge the existence of the hauntings, but puts forward his own elaborate theory as to why the house might possess an 'atmosphere'. Does the evil of Cold Harbour originate in Furnival himself, or has Cold Harbour infected him with its malign presence? And can the Wakes find some way of saving Mrs Furnival before she, too, is ensnared by the house?

Book Description Hardcover. Condition: VG. Dust Jacket Condition: Very Good. used hardcover in a dust jacket. jacket is slightly worn about the edges, but with no tears and not price clipped. pages and binding are clean, straight and tight. there are no marks to the text or other serious flaws. Seller Inventory # 1144721