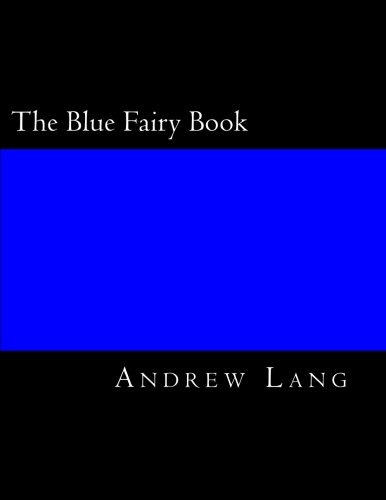 The first edition consisted of 5000 copies, which sold for 6 shillings each. The book assembled a wide range of tales, with seven from the Brothers Grimm, five from Madame d'Aulnoy, three from the Arabian Nights, and four Norwegian fairytales, among other sources. The Blue Fairy Book was the first volume in the series, and so it contains some of the best known tales, taken from a variety of sources.

Stories Included Within This Book:
The Bronze Ring
Prince Hyacinth and the Dear Little Princess
East of the Sun and West of the Moon
The Yellow Dwarf
Little Red Riding Hood
The Sleeping Beauty in the Wood
Cinderella or the Little Glass Slipper
Aladdin and the Wonderful Lamp
The Tale of a Youth Who Set Out to Learn What Fear Was
Rumpelstiltskin
Beauty and the Beast
The Master Maid
Why the Sea Is Salt
The Master Cat or Puss in Boots
Felicia and the Pot of Pinks
The White Cat
The Water-lily. The Gold-spinners
The Terrible Head
The Story of Pretty Goldilocks
The History of Whittington
The Wonderful Sheep
Little Thumb
The Forty Thieves
Hansel and Gretel
Snow-White and Rose-Red
The Goose-girl
Toads and Diamonds
Prince Darling
Blue Beard
Trusty John
The Brave Little Tailor
A Voyage to Lilliput
The Princess on the Glass Hill
The Story of Prince Ahmed and the Fairy Paribanou
The History of Jack the Giant-killer
The Black Bull of Norroway
The Red Etin

Lang was born in Selkirk. He was the eldest of the eight children born to John Lang, the town clerk of Selkirk, and his wife Jane Plenderleath Sellar, who was the daughter of Patrick Sellar, factor to the first duke of Sutherland. On 17 April 1875, he married Leonora Blanche Alleyne, youngest daughter of C. T. Alleyne of Clifton and Barbados. She was (or should have been) variously credited as author, collaborator, or translator of Lang's Color/Rainbow Fairy Books which he edited.
He was educated at Selkirk Grammar School, Loretto, and at the Edinburgh Academy, St Andrews University and at Balliol College, Oxford, where he took a first class in the final classical schools in 1868, becoming a fellow and subsequently honorary fellow of Merton College. He soon made a reputation as one of the most able and versatile writers of the day as a journalist, poet, critic, and historian. In 1906, he was elected FBA.
He died of angina pectoris at the Tor-na-Coille Hotel in Banchory, Banchory, survived by his wife. He was buried in the cathedral precincts at St Andrews, where a monument can be visited in the south-east corner of the 19th century section.