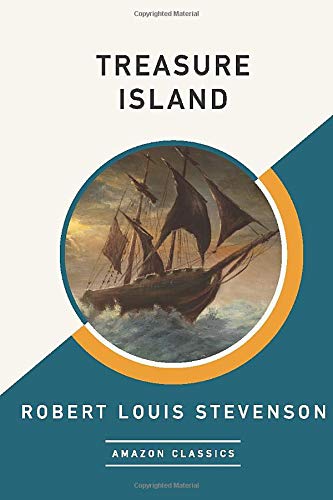 When young Jim Hawkins decides to follow a map to buried treasure, he must befriend or outsmart memorable characters such as pirate Long John Silver, captain Billy Bones, and island man Ben Gunn. Mutinous plans, mysterious deaths, and a tangle of double crosses keep Jim guessing all the way to the prize.

Inspired by real-life seafarers, Stevenson captures the adventurous spirit of the times and the imagination of readers, young and old alike.

Scottish writer Robert Louis Stevenson (1850–1894) traveled early and often, leaving behind his family business and an education in engineering and law to pursue a life of adventure. His first books included An Inland Voyage, which contained tales of his travels—by canoe—from Antwerp to northern France.

Marriage took Stevenson even farther from home, as he and his wife Fanny settled in California, where he wrote short stories such as “The Treasure of Franchard” and “Markheim,” featuring themes that would appear in later novels.

Stevenson’s health declined in the 1880s, but his work flourished. He wrote Treasure Island while bedridden with a likely case of tuberculosis, and he followed up with The Strange Case of Dr. Jekyll and Mr. Hyde. Both were wildly popular when they were published in the 1880s, and they remain so today.