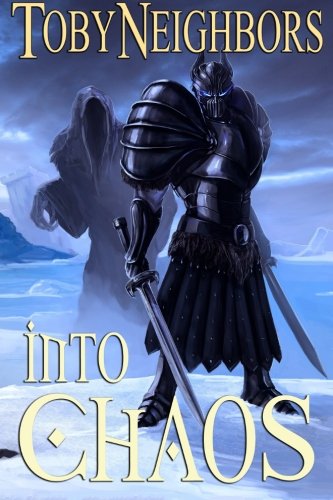 The epic fantasy world of the Five Kingdoms has never been so dark. The evil is spreading, though not even Zollin the wizard can tell exactly what it is. Desperate to find Brianna, Zollin must delve into the chaos spreading through the Five Kingdoms, and navigate the will of kings in hopes of finding his lost love. Far to the south, Lorik has discovered the power of chaos and prepares himself to wreak vengeance on his enemies. The world they have known sits poised on the edge of madness, and the only way to survive is directly into the chaos. By far the darkest chapter in the Five Kingdoms series, Into Chaos is a thrill ride that plunges into action and never looks back. This is epic fantasy at its best. With vivid battle scenes, breathtaking danger, and powerful magic, Into Chaos will have you on on the edge of your seat from the very first page.

Buy Used
Condition: As New
Item is in new condition. Learn more about this copy

Book Description CreateSpace Independent Publishing Platform. Paperback. Condition: Good. A copy that has been read, but remains in clean condition. All pages are intact, and the cover is intact. The spine may show signs of wear. Pages can include limited notes and highlighting, and the copy can include previous owner inscriptions. An ex-library book and may have standard library stamps and/or stickers. At ThriftBooks, our motto is: Read More, Spend Less. Seller Inventory # G1532747993I3N10