Items related to On The Beach

Shute, Nevil On The Beach 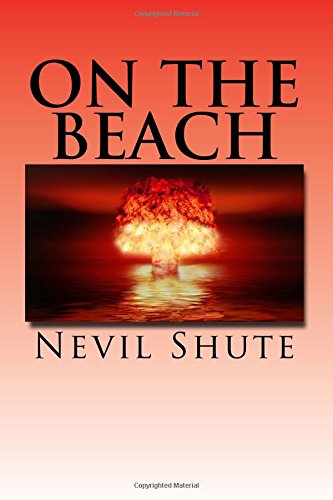 The story is set primarily in and around Melbourne, Australia, in 1963. World War III has devastated most of the populated world, polluting the atmosphere with nuclear fallout and killing all human and animal life in the Northern Hemisphere. The war began with a nuclear attack by Albania on Italy and then escalated with the bombing of the United States and the United Kingdom by Egypt. Because the aircraft used in these attacks were obtained from the Soviet Union, the Soviets were mistakenly blamed, triggering a retaliatory strike on the Soviet Union by NATO. There is also an attack by the Soviets on the People's Republic of China, which may have been a response to a Chinese attack aimed at occupying Soviet industrial areas near the Chinese border. Most, if not all, of the bombs included cobalt to enhance their radioactive properties. Global air currents are slowly carrying the lethal nuclear fallout across the Intertropical Convergence Zone to the Southern Hemisphere. The only parts of the planet still habitable are Australia, New Zealand, South Africa, and the southern parts of South America, although they are slowly succumbing to radiation poisoning as well. Life in Melbourne continues reasonably normally though the near-complete lack of motor fuels makes travel difficult. People in Australia detect a mysterious and incomprehensible Morse code radio signal originating from the American city of Seattle, Washington. With hope that someone has survived in the contaminated regions, one of the last American nuclear submarines, USS Scorpion, placed by its captain, Commander Dwight Towers, under Australian naval command, is ordered to sail north from its port of refuge in Melbourne (Australia's southernmost major mainland city) to contact whoever is sending the signal. In preparation for this journey, the submarine makes a shorter trip to port cities in northern Australia, including Cairns, Queensland and Darwin, Northern Territory; no survivors are found. Two Australians sail with the American crew: Lieutenant Commander Peter Holmes, naval liaison officer to the Americans, and a scientist, Professor John Osborne. Commander Towers has become attached to a young Australian woman distantly related to Osborne named Moira Davidson, who tries to cope with the impending end of human life through heavy drinking. Despite his attraction to Davidson, Towers remains loyal to his wife and children in the United States. He buys his children gifts and imagines their growing older. At one point, however, he makes it clear to Moira that he knows his family is almost certainly dead, and he asks her if she thinks he is insane for acting as if they were still alive. She replies that she does not think he is crazy.

"The most shocking fiction I have read in years. What is shocking about it is both the idea and the sheer imaginative brilliance with which Mr. Shute brings it off."
THE SAN FRANCISCO CHRONICLE
They are the last generation, the innocent victims of an accidental war, living out their last days, making do with what they have, hoping for a miracle. As the deadly rain moves ever closer, the world as we know it winds toward an inevitable end....