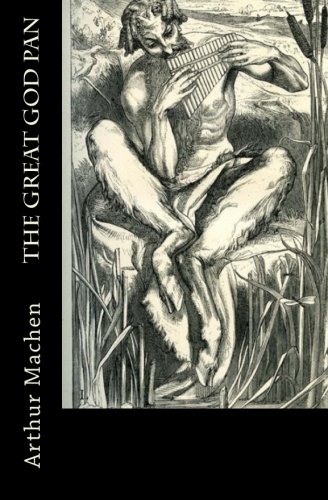 Arthur Machen was a Welsh author and mystic of the late 19th and early 20th century. He is best known for his influential supernatural, fantasy, and horror fiction. Perhaps inspired by Elizabeth Barrett Browning’s poem, in which the first line of every stanza ends "... the great god Pan.", Machen’s story was one of many to incorporate the Greek god as a symbol of paganism and the power of nature. Because of its decadent style and sexual content, the novella received a scathing condemnation when it was initially published, although it has since become recognized as a cult horror classic. Stephen King has called it "Maybe the best {horror story} in the English language."

Arthur Machen was an influential horror, supernatural, and fantasy writer whose works included The Green Round, Hill of Dreams, and The Three Impostors.

Of creators of cosmic fear raised to its most artistic pitch, few can hope to equal Arthur Machen. -- H. P. Lovecraft

What can I say about a writer whose influence has been acknowledged by H.P.Lovecraft, Peter Straub, T.E.D.Klein, M.John Harrison and Clive Barker? Perhaps that he managed to communicate a sense of the inexpressibly and awesomely supernatural with more power than he ever knew. --Ramsey Campbell