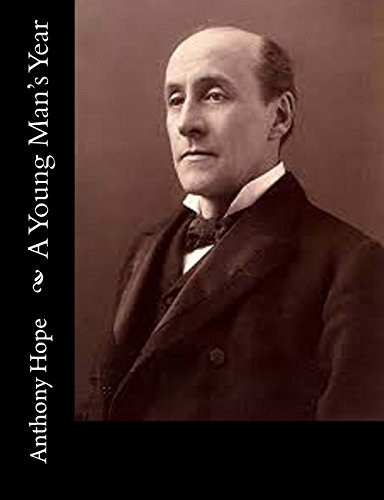 Anthony Hope (Sir Anthony Hope Hawkins) was an English writer and playwright. Best known for his classic adventure tales The Prisoner of Zenda and Rupert of Hentzau, Hope is credited with creating the Ruritanian romance genre. Although he originally published short pieces in popular periodicals, Hope started his own publishing press because of a lack of interest in publishing his longer works. The success of The Prisoner of Zenda allowed him to give up his career in law in favour of writing full time, but his later works never achieved the same popularity as Zenda. Hope was knighted in 1918 in recognition of his work with wartime propaganda, and he continued to write steadily until his death from cancer in 1933.

Book Description Paperback. Condition: New. Language: English. Brand new Book. "[.] "Beyond belief. Did you used to be?" "Just at first. I soon got over it. But they say one oughtn't to get over it. Oh, you've heard the stories about big men, haven't you? Anyhow some men never do. Why, I've sat behind Huntley and seen his hand tremble like our old friend the aspen leaf-and that when he was Attorney-General!" "Lord!" was Arthur's despairing comment; because a malady which did not spare an Attorney-General must surely be unconquerable by lesser folk. "But I expect it's not quite the same sort," Norton Ward went on, smiling. "It's rather like falling in love, I expect. A man's excited every time he falls in love, but I don't think it's the same sort of excitement as he suffers when he falls in love for the first time-I mean badly." Now the last word of this observation so struck Arthur that he forgot all[.].". Seller Inventory # APC9781515132301