Items related to The Debatable Land: The Lost World Between Scotland...

Robb, Graham The Debatable Land: The Lost World Between Scotland and England

The Debatable Land: The Lost World Between Scotland and England 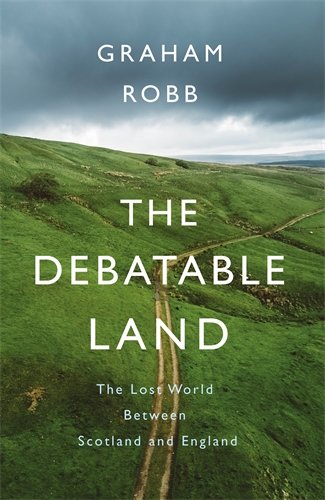 The Debatable Land was an independent territory which used to exist between Scotland and England. It is the oldest detectable territorial division in Great Britain. At the height of its notoriety, it was the bloodiest region in the country, and preoccupied the monarchs and parliaments of England, Scotland and France. After most of its population was slaughtered or deported, it became the last part of Great Britain to be conquered and brought under the control of a state. Today, it has vanished from the map and no one knows exactly where and what it was. When Graham Robb moved to a lonely house on the very edge of England, he discovered that the river which almost surrounded his new home had once marked the Debatable Land's southern boundary. Under the powerful spell of curiosity, Robb began a journey - on foot, by bicycle and into the past - that would uncover lost towns and roads, shed new light on the Dark Age, reveal the truth about this maligned patch of land, and lead to more than one discovery of major historical significance. For the first time - and with all of his customary charm, wit and literary grace - Graham Robb, prize-winning author of The Discovery of France, has written about his native country. The Debatable Land is an epic and energetic book that takes us from 2016 back to an age when neither England nor Scotland could be imagined to reveal a crucial, missing piece in the puzzle of British history.

'Armed with energy, humour, a poet's eye and a bicycle, he probes the received wisdoms of the past...his book encourages people off the M6 and into the lost interior of the Debatable Land.' (The Times)

'His exploration of its history is punctuated by some terrific nature writing.' (The Guardian)

A detective outing on native soil. Armed with energy, humour, a poet’s eye and a bicycle – all things his fans will be familiar with – Robb probes the received wisdoms of the past . . . His skill as a writer is to understand, without being fey, the fourth dimension: peeling back the modern landscape to find buried stories (The Times)

Scholarly nonfiction written with novelistic flair . . . The Debatable Land was neither English nor Scottish but a law unto itself, and it became notorious as the centre of reiver violence . . . But Robb, like a conjuror, gradually shows us the Debatable Land as something else . . . his exploration of its history is punctuated by some terrific nature writing (Observer)

An original and surprising book . . . he ranges with admirable ease over the centuries . . . Robb doesn’t move far from his new home, yet this is a travel book, with a journey in time as well as space . . . the twists and turns of imagined and reimagined history brood over this richly wonderful book (Allan Massie The Oldie)

‘A wonderful writer . . . No one else so relishes the odd corners of history’ (Sunday Times)