Items related to Self Mastery Through Conscious Autosuggestion: For...

Coué, Emile Self Mastery Through Conscious Autosuggestion: For Attaining Health, Success and Happiness.

Self Mastery Through Conscious Autosuggestion: For Attaining Health, Success and Happiness. 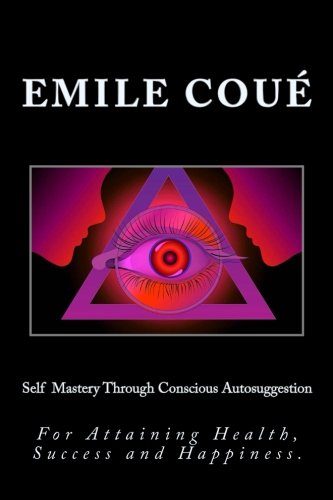 “Every day in every way I'm getting better and better.”

Although commonly known to the layman as a technique that can affect the physical world, bring wealth, and even add to one's intelligence, autosuggestion is actually a technique intended to complement the use of medicine. It was developed by apothecary Emile Coué from the late 1800's to the early 1900's. In 1932, German psychiatrist Johannes Schultz developed and published autogenic training, a relaxation technique influenced by the Coué method. The Coué method centers on a routine repetition of a particular expression according to a specified ritual in a given physical state at the beginning and at the end of each day. Against the belief that a strong conscious will constitutes the best path to success, Coué maintained that curing some of our troubles requires a change in our subconscious/unconscious thought, which can only be achieved by using our imagination. Although stressing that he was not primarily a healer but one who taught others to heal themselves, Coué claimed to have effected organic changes through autosuggestion.

Emile Coué, a French psychologist and pharmacist, introduced a new method of healing and self-improvement using the power of auto-suggestion. Self Mastery details his method and explains how the whole concept of optimistic auto-suggestion works and how to use it for your own betterment. Discover how his methods can help you, just as they have helped millions of others.

1. Self Mastery Through Conscious Autosuggestion: For Attaining Health, Success and Happiness.