Items related to The Posthumous Papers of the Pickwick Club

Dickens, Charles The Posthumous Papers of the Pickwick Club

The Posthumous Papers of the Pickwick Club 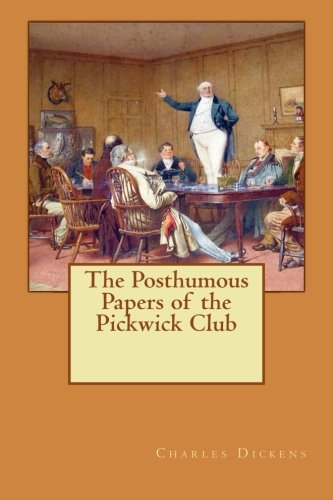 The Posthumous Papers of the Pickwick Club, a novel by Charles Dickens (1812-1870) first issued as a volume in 1837. Mr. Samuel Pickwick, general chairman of the Pickwick Club which he has founded, Messrs Tracy Tupman, Augustus Snodgrass, and Nathaniel Winkle, members of the club, are constituted a Corresponding Society of the Club to report to it their journeys and adventures, and observations of characters and manners. The Club serves to link a series of incidents and characters, without elaborate plot. After a slow start, the series achieved immense popularity, and Dickens embarked on a promising future, courted by publishers, admired by the public, and befriended by celebrities.

Arguably one of the greatest writers of the Victorian era, Charles Dickens is the author of such literary masterpieces as A Tale of Two Cities (1859), A Christmas Carol (1843), David Copperfield (1850), and The Adventures of Oliver Twist (1839), among many others. Dickens' s indelible characters and timeless stories continue to resonate with readers around the world more than 130 years after his death. Dickens was born in 1812 and died in 1870.