Items related to Edward Said's cultural influences on and of his...

Edward Said's cultural influences on and of his ORIENTALISM 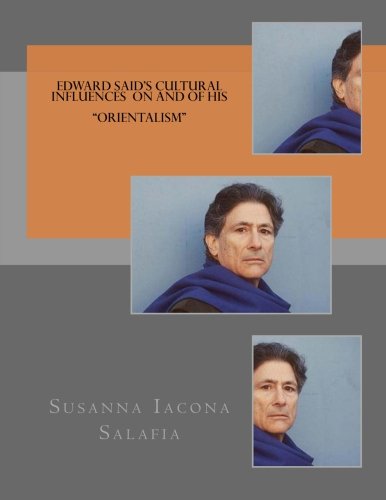 This presentation wants to overview the cultural influences "on“ and “of” Edward Said‘s work "Orientalism“ “by” and “on” other academicians and scholars till our days. The work, published in 1978, is considered “the Bible” of the post-colonial theories . Said has been influenced by some scholars but has, on his turn, influenced a new generation of thinkers in their approach to the “East” world- The Michel Foucault’s poststructuralism, the J.P Sartre “non-essentialist theory” and the S. De Beauvoir “contructionist” view are the philosophical theories recognizable in or behind the “Orientalism” critics of the stereotypes and clichés bulit up by Western scholars on Oriental world and people. But should Said be criticized through the same theorethical categories he adopted in criticizing the western Orientalism?