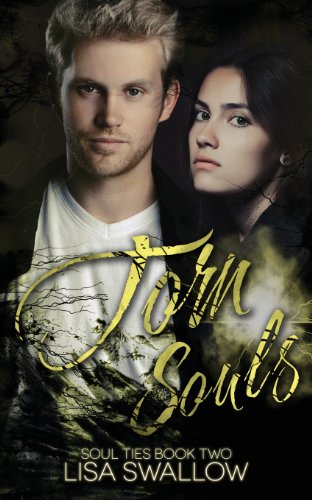 Book #1 - Soul TiesBook #2 - Torn Souls
Jack spends his life plugged into a fantasy online world he shares with his friends. Now he faces his hardest quest yet: leave home for college and live in the real world...

Jack's fantasy crosses into reality when he discovers his new girlfriend is better at killing demons than he is. Only the ones she kills are real. And he's not 100% sure she's human.

Soul-hunter Dahlia's role in the human world is to retrieve stolen souls from demons and return them to her superiors. Mixing with humans is an annoying necessity...

However, when she meets Jack, she can't avoid her attraction to him, or explain the strange connection they share. She is drawn away from her world into Jack's, and makes a choice which ties her to his world forever. But leaving her world behind isn't as easy as Dahlia thought.

When her old life catches up with them, Dahlia and Jack are left facing a future they never imagined.

**Torn Souls is the second book in the Soul Ties series and is the story of Jack and Dahlia. The book begins a year before Soul Ties and also covers some events in Soul Ties from Jack's and Dahlia's point of view. The continuation of the Soul Ties story will be in the third book of the series.**