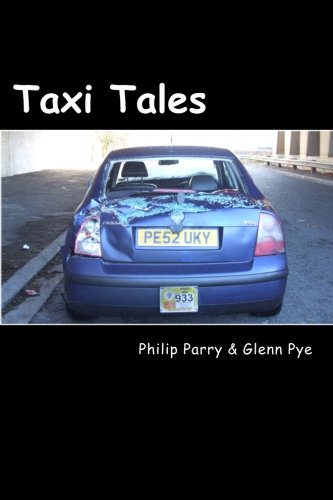 Taxi Tales has been created and written from the experiences of both Phil and Glenn who have both done the job for 25 years. Starting off originally as separate Blog Posts, the decision was made to expand this into a book. All the 'Tales' are told as they actually happened. Some funny, some scary, and some unbelievable, but 'all' are true.

I was born in Harwarden Grove, Seaforth, Liverpool in 1966. I lived there until I was 8yrs old. At that time my parents decided to emigrate, and took me and my 2 brothers and 2 sisters to start a new life in New Zealand. We lasted only 3 months as the feeling of 'homesickness' set in and simply took over. On returning I had a brief spell living in Bootle Merseyside with my very 'streetwise' uncle. The family was split at that time, some in Bootle, some in Skelmersdale, living with an Aunt. After picking up some 'tips' from my uncle and his friends 'Oddjob' and 'Tinker', we eventually all moved to a house in the then new town of Skelmersdale. This is where I still live. Poetry, writing and photography are all passionate ‘hobbies’ of mine, and in my poetry I simply try to express my own feelings and thoughts. To me, a poems ‘meaning’ is decided solely by the ‘reader’ and therefore should be read with an open mind. Glenn, was born in Melbourne, Australia, to the parents of ten pound poms. He moved over to England in the mid seventies and after a short time living in Liverpool, he moved to Skelmersdale and has lived there since. Glenn along with myself, became a taxi driver around the same time and through the job is where we met. Since I had Wishful thinking published, Glenn has created my blog and web pages and also became interested in the writing side of things. Together we have created Taxi Tales which is also available in e-book format.