Items related to Edgar Huntly; or, Memoirs of a Sleep-Walker

Brown, Charles Brockden Edgar Huntly; or, Memoirs of a Sleep-Walker

Edgar Huntly; or, Memoirs of a Sleep-Walker 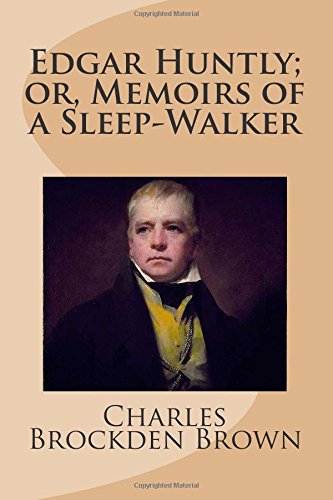 One of the first American Gothic novels, Edgar Huntly (1787) mirrors the social and political temperaments of the postrevolutionary United States.

Charles Brockden Brown (January 17, 1771 – February 22, 1810), an American novelist, historian, and editor of the Early National period, is generally regarded by scholars as the most ambitious and accomplished US novelist before James Fenimore Cooper. He is the most frequently studied and republished practitioner of the "early American novel," or the US novel between 1789 and roughly 1820. Although Brown was by no means the first American novelist, as some early criticism claimed, the breadth and complexity of his achievement as a writer in multiple genres (novels, short stories, essays and periodical writings of every sort, poetry, historiography, reviews) makes him a crucial figure in US literature and culture of the 1790s and first decade of the 19th century, and a significant public intellectual in the wider Atlantic print culture and public sphere of the era of the French Revolution.

1. Edgar Huntly; or, Memoirs of a Sleep-Walker