Items related to The People That Time Forgot

The People That Time Forgot 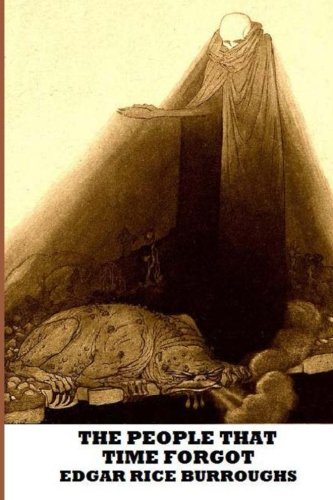 The People That Time Forgot is a direct sequel to The Land That Time Forgot and continues the lost world saga begun in the earlier story. Burroughs continues the revelation of his lost world's unique biological system, only hinted at in the previous installment, in which the slow progress of evolution in the world outside is recapitulated as a matter of individual metamorphosis. This system forms a thematic element serving to unite the three otherwise rather loosely linked Caspak stories.

Edgar Rice Burroughs (September 1, 1875 – March 19, 1950) was an American author, best known for his creation of the jungle hero Tarzan and the heroic Mars adventurer John Carter, although he produced works in many genres.