Items related to News from Nowhere or an Epoch of Rest

Morris, William News from Nowhere or an Epoch of Rest

News from Nowhere or an Epoch of Rest 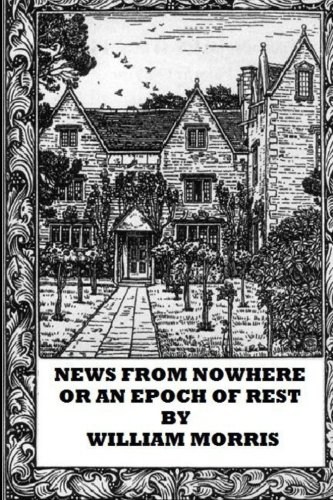 News from Nowhere (1890) is a classic work combining utopian socialism and soft science fiction written by the artist, designer and socialist pioneer William Morris. In the book, the narrator, William Guest, falls asleep after returning from a meeting of the Socialist League and awakes to find himself in a future society based on common ownership and democratic control of the means of production. In this society there is no private property, no big cities, no authority, no monetary system, no divorce, no courts, no prisons, and no class systems. This agrarian society functions simply because the people find pleasure in nature, and therefore they find pleasure in their work.

William Morris (24 March 1834 – 3 October 1896) was an English textile designer, artist, writer, and libertarian socialist associated with the Pre-Raphaelite Brotherhood and the English Arts and Crafts Movement. He founded a design firm in partnership with the artist Edward Burne-Jones, and the poet and artist Dante Gabriel Rossetti which profoundly influenced the decoration of churches and houses into the early 20th century. As an author, illustrator and medievalist, he helped to establish the modern fantasy genre, and was a direct influence on postwar authors such as J. R. R. Tolkien.

News from Nowhere or an Epoch of Rest